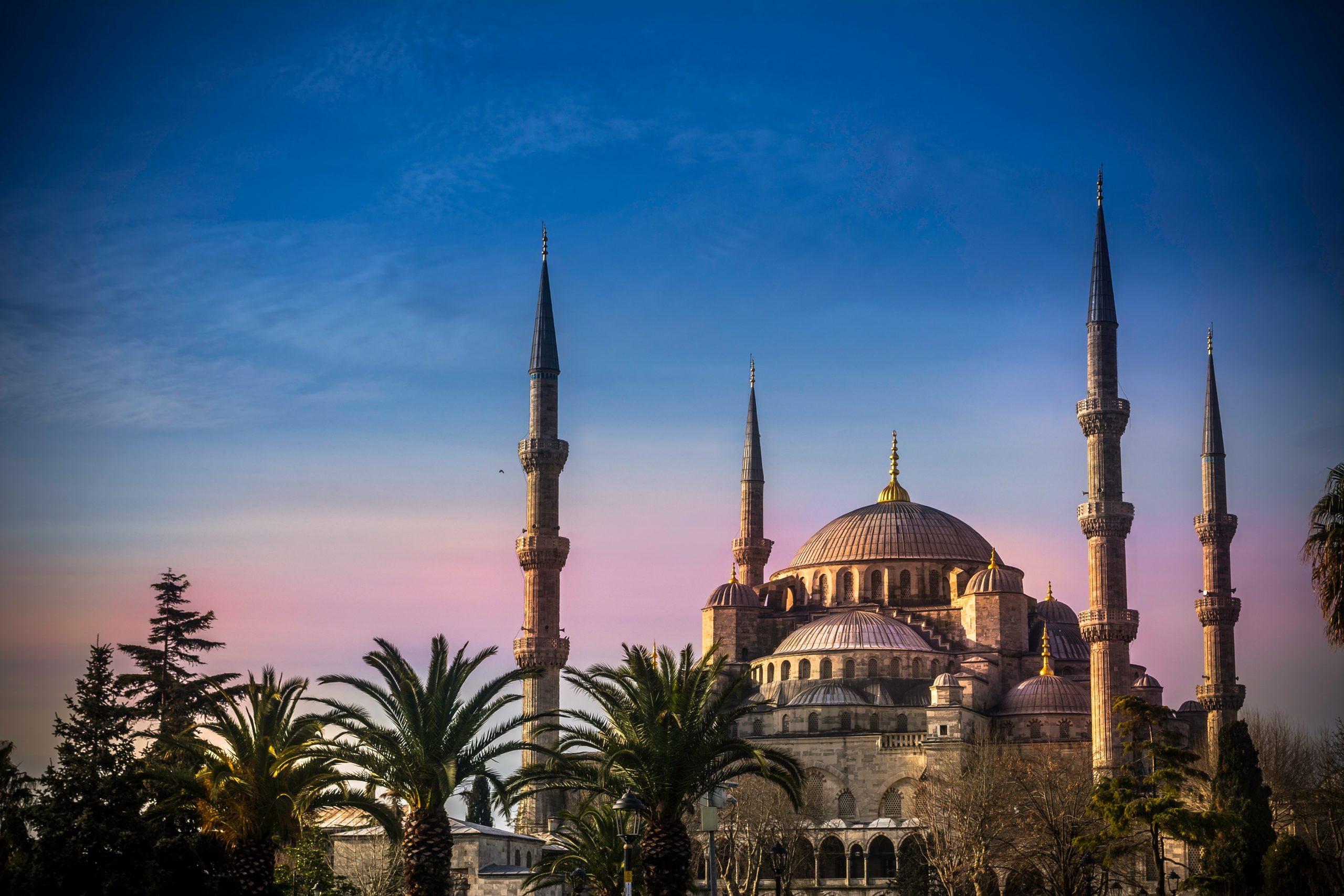 The Islamic faith centers on achieving peace between Allah (God) and mankind. To achieve this peace, one must resign themselves to Allah’s law through prayer and deeds. This fealty stretches beyond the mortal coil, and Muslims express this in their Islamic funeral traditions.

Here at Callaghan Mortuary & Livermore Crematory, we understand these traditions. We also strive to ensure that families of all faiths can lay their loved ones to rest in a proper manner. The demands of the Islamic faith are very clear when it comes to death. Below we will discuss some of these rites and beliefs.

To enter paradise, Muslims must commit good deeds and live according to the Pillars of Islam. These Pillars include:

Muslims who observe these tenets may enter Paradise on the Day of Judgment. However, living immorally and partaking in Haram will lead to suffering after death.

The Rites of an Islamic Funeral

An Islamic funeral actually starts before a person has passed on. As a Muslim individual nears death, their family and close friends gather. They urge their loved one to speak the Shahada. This is the declaration of faith that every person must say when becoming a Muslim. The Shahada declares that Allah is the only God and Muhammad was his prophet. Thus, the person passing on ends their mortal life where their journey of faith began.

Upon passing, friends and family acknowledge that all belong to Allah, and to him shall all return. Next, the family closes the decedent’s eyes and jaw before praying for forgiveness of the decedent’s sins.

When a Muslim dies, Islamic funeral customs require the body be buried as soon as possible. This makes interment preparation a fast process. The body must first undergo Ghusl, a washing performed by a same-sex family member or the decedent’s spouse. The family member washes the body at least three times. If the body is not clean after those washings, then further washings may happen. However, the ultimate number of washings should be odd in number.

Next, the body undergoes Kafan, the ritual of shrouding. After dressing the body, family members wrap it in three inexpensive sheets of cloth and bind it with rope. The folding of the sheets as well as the binding follows a distinct method. After Kafan, the body is transported to the local mosque for funeral prayers known as Salat al-Janazah.

Due to the urgency to bury the body, Muslim funerals do not normally include a viewing. Instead, an Imam leads a short service of prayers (Salat al-Janazah) before burial. During these prayers, attendants face Mecca, forming three lines. The men closely related to the decedent are first in line followed by the remaining men, then children, then women.

Once the Salat al-Janazah is complete, the family will transport the body to the cemetery. At the gravesite, the body will be laid on its right side, facing Mecca. Then the mourners will each place three handfuls of soil atop the body, filling the grave. Though Islam prohibits large monuments to the dead, family members may place a small stone or marker on the grave.

The morning period for Muslims varies based upon your relationship to the decedent.

No. Cremation is strictly forbidden.

The Islamic faith believes that helping one person is like helping all of mankind. Thus, giving an organ to save someone’s life is generally acceptable. However, consulting with an Imam is best if you have questions.

Muslims believe autopsies are a form of desecration. They are not permitted unless state or federal law requires the procedure.

Except where required by law, embalming is not allowed. This is another reason why interment must occur as soon as possible after a Muslim passes on.

How Should I Dress at an Islamic Funeral?

Mourners should dress modestly when attending an Islamic funeral. Men wear pants that show no skin and shirts that cover up to the neck. Women should cover everything save for their hands and faces. This includes a headscarf. Guests should avoid makeup, jewelry or bright colors.

Can I Bring Flowers to the Family?

Different sects from different regions have varying customs when it comes to flowers. Asking the family of the decedent would be your best option.

The rituals observed by Muslims when they lay their loved ones to rest are sacred. Any funeral home that assists in this process will face several unique challenges. This includes providing transport, working closely with the local mosque and properly preparing the gravesite. The expediency of burial also adds extra challenges that some California funeral homes may not be able to handle.

At Callaghan Mortuary & Livermore Crematory we understand the needs of Muslim families. We can help your family make preparations beforehand, so burial can happen as soon as possible. We have over 100 years of experience working with clergy of all faiths and can work with your mosque community. Remember, we are here to provide for your family’s needs. To learn more about our services call (925) 660-7098.